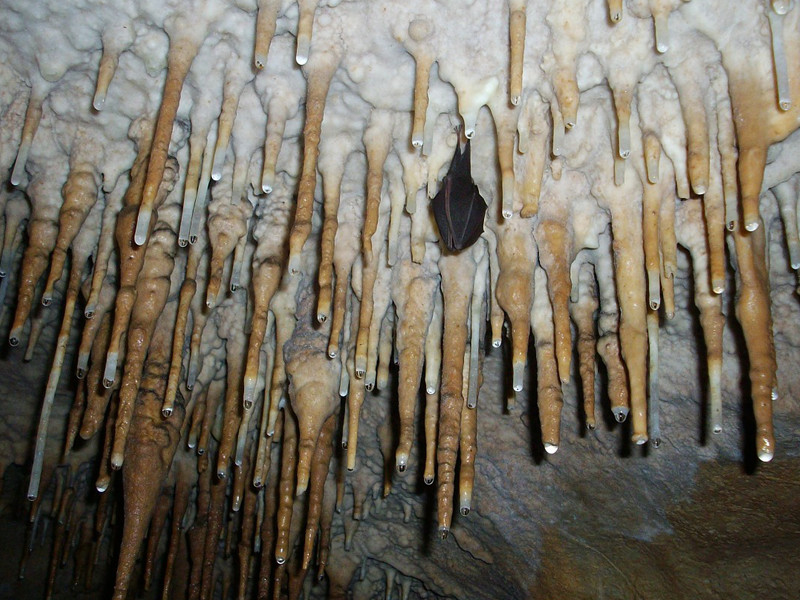 The bat is a creature that is highly adaptable. Research shows that there are very few places in the world where they don’t reside. They typically will reside in caves where they have access to water, safe places to hide from predators during the day, and plenty of food. Large colonies of bats often form and you will rarely find just a few of them in a given location.

Sometimes abandoned mine shafts offer the right environment for bats to colonize. Under bridges is another common location for bats to be found. This offers them the idea environment and they are free from predators. They don’t have to worry about too much disruption from humans in such an area either. They will roost under large trees that have full branches and leaves in many areas. These trees help them to stay well hidden from an array of predators.

This type of environment can prove to be a problem though. For example when the bats are taking up the trees in public parts or wildlife locations. Humans often use these locations for camping, bird watching, star gazing, and even outdoor events such as concerts. The last thing they want are bats flying about after the sun goes down. 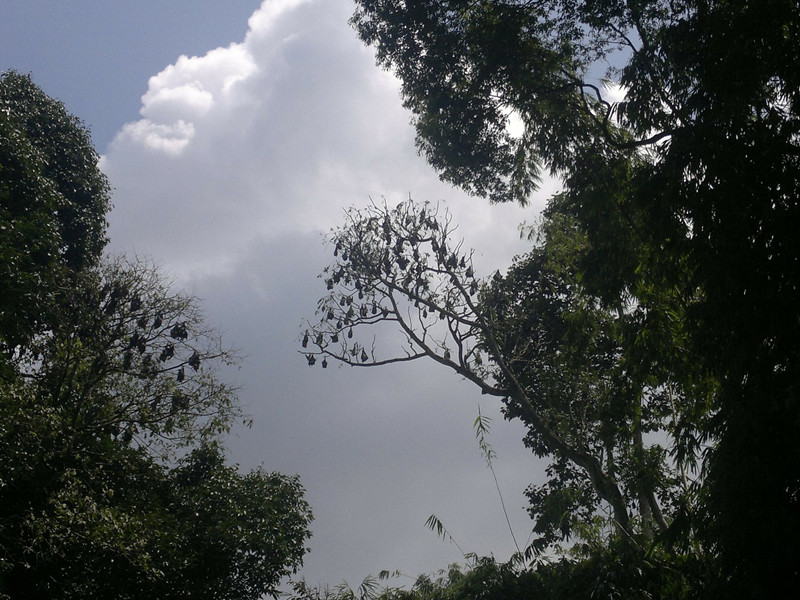 Bats in their natural habitat.

Bats also live in many other dark and safe structures. For example they can get into your chimney, the attic, and into old abandoned buildings. As the safely factor seems to be in place, more and more bats will be attracted. At night they go out in various directions but they will continue to come back to that safe colony when they are ready to rest.

In fact, bats usually will roost in the same exact location in that colony when they are ready to rest. They do make some structural changes though from time to time. For example when females are pregnant they form maternity areas of the colony. They will huddle with each other to be warm. Once the young are born they will huddle as a means of protecting their offspring as well.

Many people wonder why bats hang upside down. It helps them to hide from predators easier. It also makes it possible for them to be able to take off in flight. They can’t run with their legs to take off like birds either as their legs are too small.

During the winter months, many species of bats migrate so that they can hibernate. 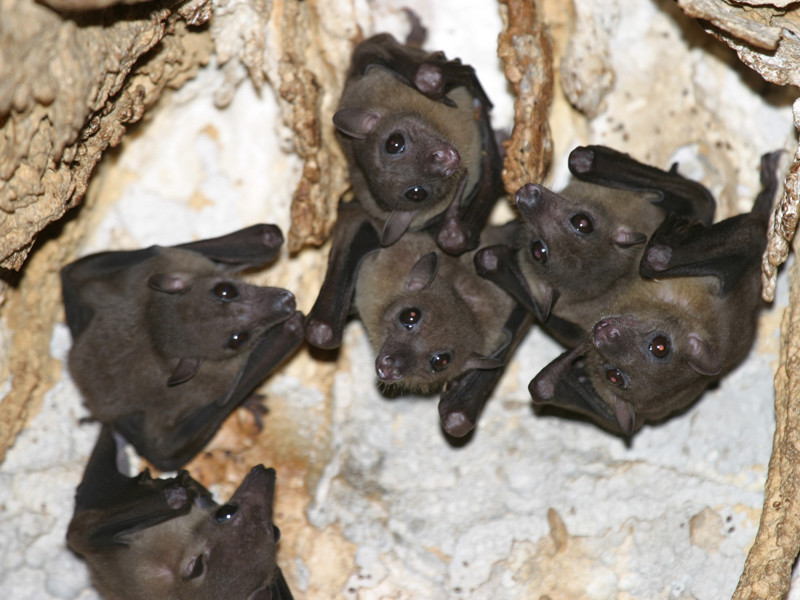 Bats in a cave.

During the winter months, many species of bats migrate so that they can hibernate. They will be looking for an internal location where they may rest with a slowed down body rate for up to six months. This includes caves, mines, and buildings. They aren’t going to remain in open areas like under a bridge or in trees as their bodies will get too cold.

These colonize can be very large for hibernation so that they can pack in close together. The more of them there are, the warmer they can make it for everyone. This close proximity of the bat habitat is believed to be more with survival than with their need for socializing. Therefore if you disturb a dwelling of bats be ready for a large number of them to emerge. Due to the fact that echolocation is upset when bats fly in the rain, you will rarely see them doing so. They will try to wait for that period to end before they go out looking for food. However, they may have to go out in the rain and that can reduce their chances of successfully finding enough food to eat.