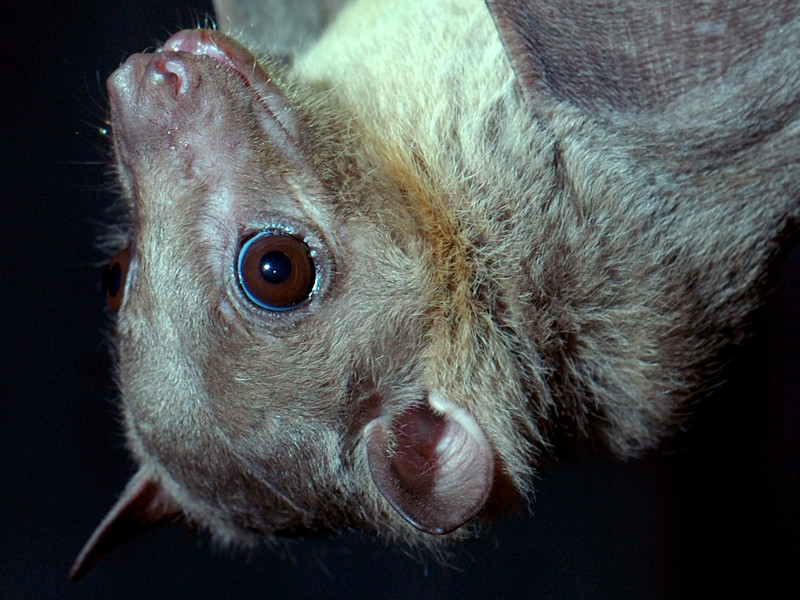 The Egyptian Fruit Bat is a smaller type of bat with a length of about six inches. However, they have a large wing span of about two feet. They also have a weight of less than half a pound. The males are larger and they have a very prominent scrotal sack that is used to tell them from the females. They have a light brown color on the body and then darker brown on the wings.

The ears of the Egyptian Fruit Bat are long and pointed. They have eyes that are large and dark. The snout area of these bats looks very similar to that of a canine. They have soft fur. Due to their appearance these bats are sometimes called the Flying Fox. They have a very long tongue that stays coiled up around the rib cage when they aren’t feeding.

The Egyptian Fruit Bat finds its home in scattered areas of Africa. They are also found in India and Pakistan. They have a very large range and therefore it is hard to determine just how many of them are in the wild. However, it doesn’t appear that any forms of serious conservation need to be in place for them at this point in time.

The lowlands, the mountains, and everything in between seem to be habitats for the Egyptian Fruit Bat. As long as they have a place for shelter and to find food they seem to do very well. They seem to adapt very well to living conditions that would be difficult for other species of bats to survive. 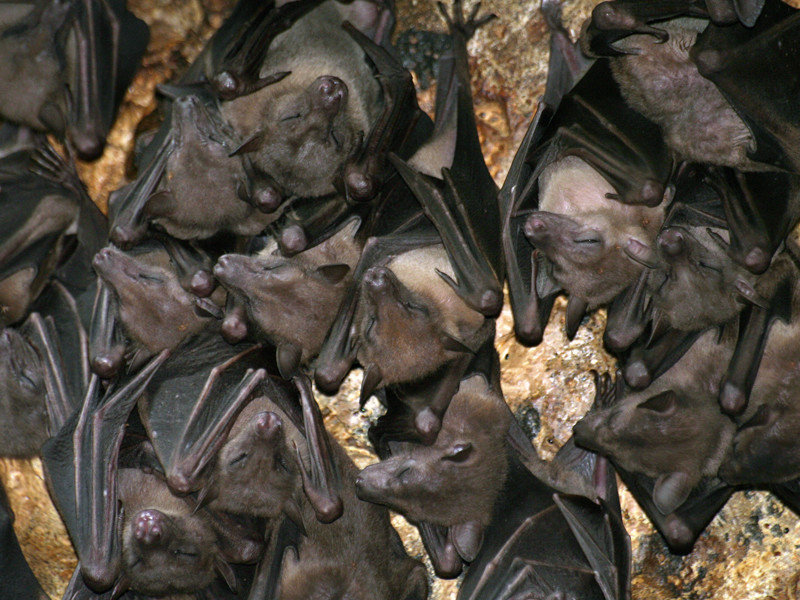 They are believed to be the most vocal of all bat species.

During the day the Egyptian Fruit Bat will spend time grooming and sleeping. They roost in caves and deep in the forest areas where it is dark. They can create very large colonies with often more than 1,000 members. They will stay very close to each other for safety and for warmth. They sleep upside down with their wings folded in across them.

The use of echolocation is how the Egyptian Fruit Bat is able to locate food. They send out high pitched squeals and clicks. These sounds allow echoes and waves to come back to them. The vibrations allow them to accurately find their food sources. They are believed to be the most vocal of all bat species.

They consume a variety of types of fruits as well as nectar. One of the problems with the Egyptian Fruit Bat is that they can destroy large amounts of fruit crops being grown. To help reduce the problem many farmers are using strong pesticides. Such poisons though are killing large numbers of these bats. 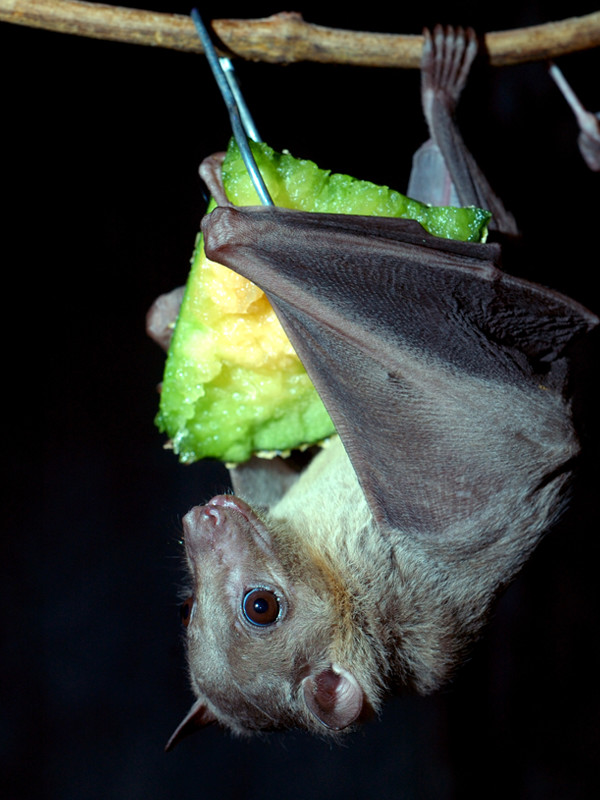 When Egyptian Fruit Bats are about 9 months old they are mature for mating. The gestation period is about 115 days, and usually a single offspring will arrive. However, this is one bat species where several births of twins have been noted. The mothers are excellent care givers.

The mothers are excellent care givers and carry the baby for about the first six weeks of life.

They will carry the baby around attached to them for about the first six weeks of life. Once they get too big though she will have to leave it behind in the roost when she goes out for food. The  young feed from milk that the mother produces. When these young bats are about three months old they have strong enough wings to fly on their own.

That is when they will go find their own food sources at night. However, offspring almost always stay in the same colony from birth until death. They can form very strong bonds within those families. They sleep with bodies touching the young on all sides which helps to form those bonds very early in life. 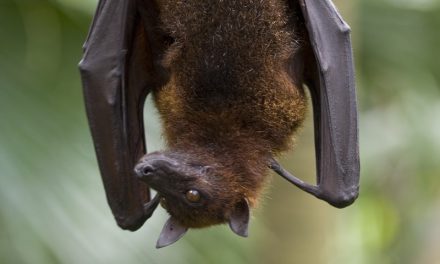