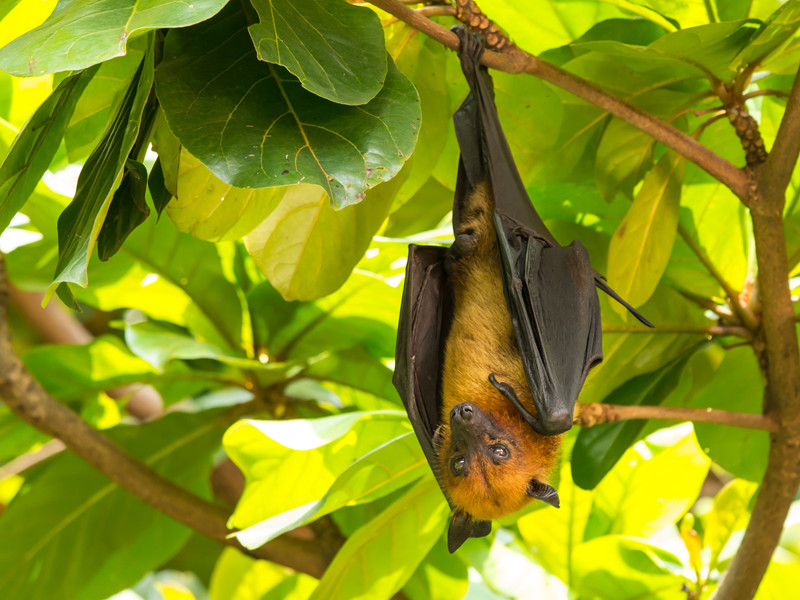 The Giant Golden-Crowned Flying-Fox Bat is a rare species, and one that features very long wings. In fact, they are so long that it is often seen with them wrapped around the body like a cloak. The wings can end up being up to five feet wide when fully displayed. They weigh about 2 ½ pounds.

It is considered to be the largest bat in the world.

It is considered to be the largest bat in the world. This bat has a face that looks very similar to that of a fox. They have a long snout that is very similar to those of canines. They also have ears that are pointed rather than round like most species of bats. Many people call them the Fox with Wings.

They even have a golden brown fur on their head that further shows such a resemblance. The rest of the body, including the wings, are black. However, DNA profiling shows that this species of bat is not related to the fox. They don’t have a tail which is typical of fruit bats.

The only home of the Giant Golden-Crowned Flying-Fox is in the Philippines. The specific locations include Maitum and Mindanao. They live in deep caves as well as in the rainforests. They typically follow the routes of the river, and experts believe it is because they can easily find food sources along those areas. 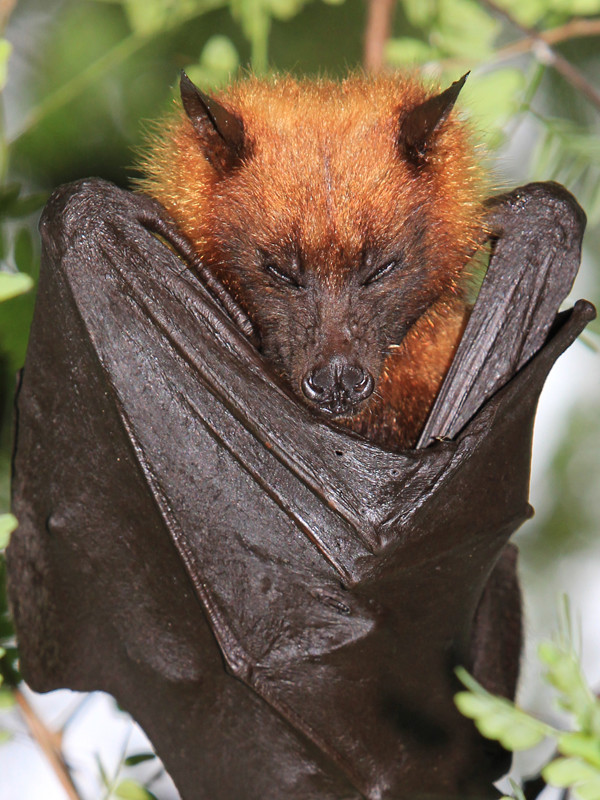 The behaviors of the Giant Golden-Crowned Flying-Fox Bat around the water is also interesting. They take a great deal of care with personal grooming. They will use their wings to scoop the water up and put it all over the body. They wash frequently in the water, taking their time to do so.

They roost in very large colonies as this helps them to stay warm and to be able to feel safe. However, when they are found in large quantities it makes hunting and destroying them so much easier. Large numbers of them have been destroyed by hunters, and they will attack during the day when these bats are resting in large numbers.

May travel as much as 25 miles per night when they are out looking for food.

The Giant Golden-Crowned Flying-Fox Bat consumes fruits. These food items typically grown in the rainforest on the fig trees. They hunt for food at night and may travel as much as 25 miles per night when they are out looking for food. Not only does this process help them to survive, but as they move they spit out seeds from the fruits and this helps with the pollination process.

The types of foods they consume include figs, lamio, and sometimes cultivated fruits of their food supplies are becoming harder to come by. 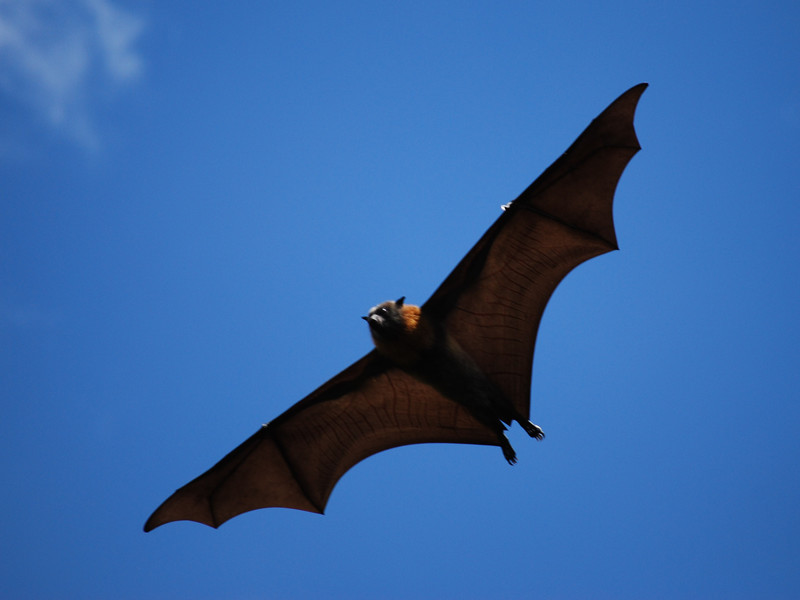 Due to the isolated locations where the Giant Golden-Crowned Flying-Fox Bat, it is hard to know very much about their reproduction process. It is believed that they have two breeding seasons annually. However, a female will only become pregnant with a single offspring during one of them.

The Giant Golden-Crowned Flying Fox Bat is in danger of becoming extinct.

At this point in time, the Giant Golden-Crowned Flying Fox Bat is in danger of becoming extinct. It is heavily hunted by poachers in many locations. They are also in stiff competition with humans for the fruits. When the fruits are taken from that environment these bats have no way to nourish themselves.

The fact that the forest areas where these bats live continue to be destroyed by humans is also a factor. It results in them having less of a habitat for food and shelter. However, there aren’t too many people interested in saving bats. Those that realize the value that they offer with spreading seeds though want to do all they can to help them thrive again.